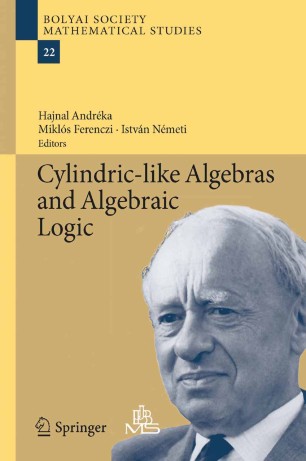 Algebraic logic is a subject in the interface between logic, algebra and geometry, it has strong connections with category theory and combinatorics. Tarski’s quest for finding structure in logic leads to cylindric-like algebras as studied in this book, they are among the main players in Tarskian algebraic logic. Cylindric algebra theory can be viewed in many ways:  as an algebraic form of definability theory, as a study of higher-dimensional relations, as an enrichment of Boolean Algebra theory, or, as logic in geometric form (“cylindric” in the name refers to geometric aspects). Cylindric-like algebras have a wide range of applications, in, e.g., natural language theory, data-base theory, stochastics, and even in relativity theory. The present volume, consisting of 18 survey papers, intends to give an overview of the main achievements and new research directions in the past 30 years, since the publication of the Henkin-Monk-Tarski monographs. It is dedicated to the memory of Leon Henkin.​