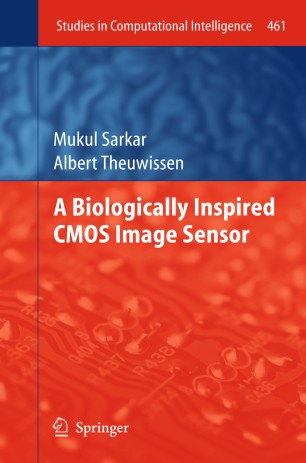 Biological systems are a source of inspiration in the development of small autonomous sensor nodes. The two major types of optical vision systems found in nature are the single aperture human eye and the compound eye of insects. The latter are among the most compact and smallest vision sensors. The eye is a compound of individual lenses with their own photoreceptor arrays.  The visual system of insects allows them to fly with a limited intelligence and brain processing power. A CMOS image sensor replicating the perception of vision in insects is discussed and designed in this book for industrial (machine vision) and medical applications.

The CMOS metal layer is used to create an embedded micro-polarizer able to sense polarization information. This polarization information is shown to be useful in applications like real time material classification and autonomous agent navigation. Further the sensor is equipped with in pixel analog and digital memories which allow variation of the dynamic range and in-pixel binarization in real time. The binary output of the pixel tries to replicate the flickering effect of the insect’s eye to detect smallest possible motion based on the change in state. An inbuilt counter counts the changes in states for each row to estimate the direction of the motion. The chip consists of an array of 128x128 pixels, it occupies an area of 5 x 4 mm2 and it has been designed and fabricated in an 180nm CMOS CIS process from UMC.