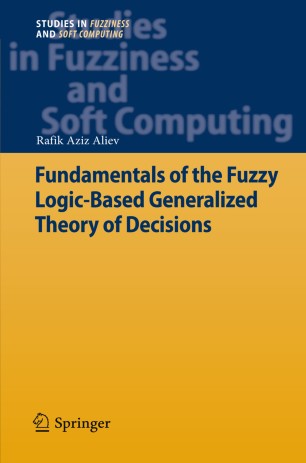 Fundamentals of the Fuzzy Logic-Based Generalized Theory of Decisions

Part of the Studies in Fuzziness and Soft Computing book series (STUDFUZZ, volume 293)

The monograph exposes the foundations of a new decision theory with imperfect decision-relevant information on environment and a decision maker’s behavior. This theory is based on the synthesis of the fuzzy sets theory with perception-based information and the probability theory.

The book is self containing and represents in a systematic way the decision theory with imperfect information into the educational systems. The book will be helpful for teachers and students of universities and colleges, for managers and specialists from various fields of business and economics, production and social sphere.