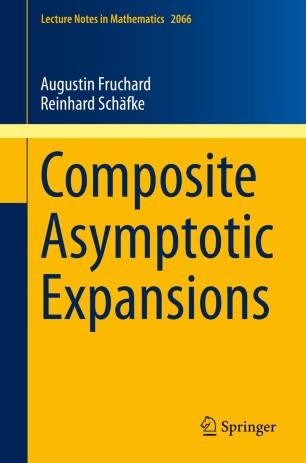 The purpose of these lecture notes is to develop a theory of asymptotic expansions for functions involving two variables, while at the same time using functions involving one variable and functions of the quotient of these two variables. Such composite asymptotic expansions (CAsEs) are particularly well-suited to describing solutions of singularly perturbed ordinary differential equations near turning points. CAsEs imply inner and outer expansions near turning points. Thus our approach is closely related to the method of matched asymptotic expansions. CAsEs offer two unique advantages, however. First, they provide uniform expansions near a turning point and away from it. Second, a Gevrey version of CAsEs is available and detailed in the lecture notes. Three problems are presented in which CAsEs are useful. The first application concerns canard solutions near a multiple turning point. The second application concerns so-called non-smooth or angular canard solutions. Finally an Ackerberg-O’Malley resonance problem is solved.