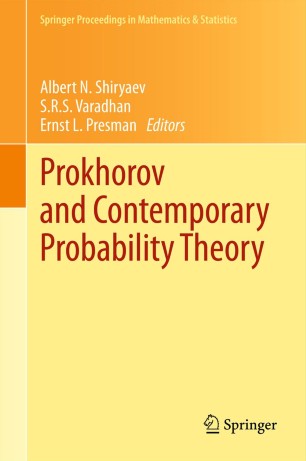 In Honor of Yuri V. Prokhorov

The role of Yuri Vasilyevich Prokhorov as a prominent mathematician and leading expert in the theory of probability is well known. Even early in his career he obtained substantial results on the validity of the strong law of large numbers and on the estimates (bounds) of the rates of convergence, some of which are the best possible. His findings on limit theorems in metric spaces and particularly functional limit theorems are of exceptional importance. Y.V. Prokhorov developed an original approach to the proof of functional limit theorems, based on the weak convergence of finite dimensional distributions and the condition of tightness of probability measures.

The present volume commemorates the 80th birthday of Yuri Vasilyevich Prokhorov. It includes scientific contributions written by his colleagues, friends and pupils, who would like to express their deep respect and sincerest admiration for him and his scientific work.​