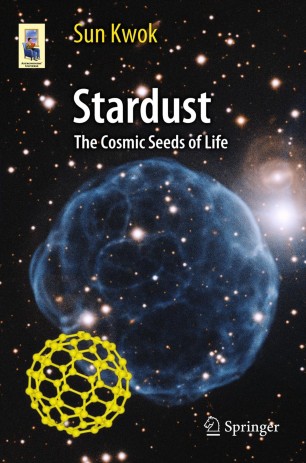 The Cosmic Seeds of Life

How did life originate on Earth? For over 50 years, scientists believed that life was the result of a chemical reaction involving simple molecules such as methane and ammonia cooking in a primordial soup. Recent space observations have revealed that old stars are capable of making very complex organic compounds. At some point in their evolution, stars eject those organics and spread them all over the Milky Way galaxy. There is evidence that these organic dust particles actually reached the early Solar System. Through bombardments by comets and asteroids, the young Earth inherited significant amounts of stardust. Was the development of life assisted by the arrival of these extraterrestrial materials?

In this book, the author describes stunning discoveries in astronomy and solar system science made over the last 10 years that have yielded a new perspective on the origin of life.

Other interesting topics discussed in this book

Sun Kwok is a leading world authority on the subject of astrochemistry and stellar evolution. He is best known for his theory on the origin of planetary nebulae and the death of Sun-like stars. His most recent research has been on the synthesis of complex organic compounds in the late stages of stellar evolution. He is the author of a number of books, including Cosmic Butterflies: The Colorful Mysteries of Planetary Nebulae.