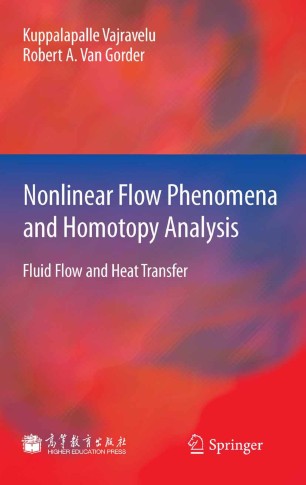 Since most of the problems arising in science and engineering are nonlinear, they are inherently difficult to solve. Traditional analytical approximations are valid only for weakly nonlinear problems, and often fail when used for problems with strong nonlinearity. “Nonlinear Flow Phenomena and Homotopy Analysis: Fluid Flow and Heat Transfer” presents the current theoretical developments of the analytical method of homotopy analysis. This book not only addresses the theoretical framework for the method, but also gives a number of examples of nonlinear problems that have been solved by means of the homotopy analysis method. The particular focus lies on fluid flow problems governed by nonlinear differential equations. This book is intended for researchers in applied mathematics, physics, mechanics and engineering.

Both Kuppalapalle Vajravelu and Robert A. Van Gorder work at the University of Central Florida, USA.