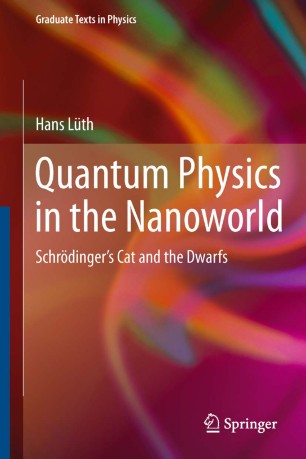 Quantum Physics in the Nanoworld

Schrödinger's Cat and the Dwarfs

The book deals with all essential aspects of non-relativistic quantum physics up to the quantization of fields. In contrast to common textbooks of quantum mechanics, modern experiments are described both for the purpose of foundation of the theory and in relation to recent applications. In this respect applications to nano-electronics as well as the realization of quantum-bits are presented and discussed. Furthermore, links are made to other important research fields and applications, such as elementary particle physics, solid state physics and nuclear magnetic resonance tomography in medicine. Even though the representation of the topics is largely performed in terms of Dirac´s bra-ket notation and by use of commutator algebra, the concrete description of the physical basis and the corresponding theoretical concepts are emphasized. Because of little requirement of complex mathematics, the book is suitable as an introduction into quantum physics, not only for physicists but also for chemists, biologists, engineers, computer scientists and even for philosophers as far as they are interested in natural philosophy and epistomology.