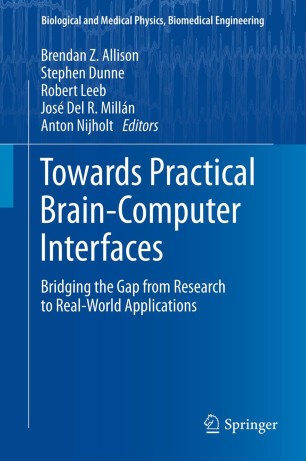 Bridging the Gap from Research to Real-World Applications

Brain-computer interfaces (BCIs) are devices that enable people to communicate via thought alone. Brain signals can be directly translated into messages or commands. Until recently, these devices were used primarily to help people who could not move. However, BCIs are now becoming practical tools for a wide variety of people, in many different situations. What will BCIs in the future be like? Who will use them, and why?

This book, written by many of the top BCI researchers and developers, reviews the latest progress in the different components of BCIs. Chapters also discuss practical issues in an emerging BCI enabled community. The book is intended both for professionals and for interested laypeople who are not experts in BCI research.