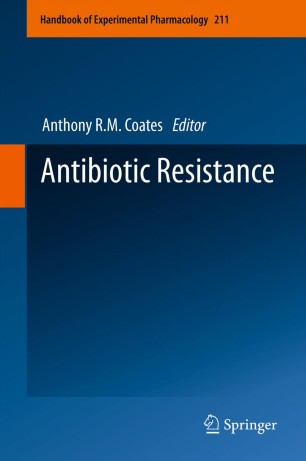 This book describes antibiotic resistance amongst pathogenic bacteria. It starts with an overview of the erosion of the efficacy of antibiotics by resistance and the decrease in the rate of replacement of redundant compounds. The origins of antibiotic resistance are then described. It is proposed that there is a large bacterial resistome which is a collection of all resistance genes and their precursors in both pathogenic and non-pathogenic bacteria. Ongoing resistance surveillance programs are also discussed, together with the perspective of a clinical microbiologist. The book then turns to specific themes such as the most serious area of resistance in pathogens, namely in Gram-negative organisms. The role of combinations of antibiotics in combating resistance emergence is discussed, particularly in the tuberculosis field, and then the importance of non-multiplying and persistent bacteria which are phenotypically resistant to antibiotics and prolong the duration of therapy of antibiotics which leads to poor compliance and resistance emergence. The role of anti-microbial compounds in textiles is covered, with its potential to exacerbate the spread of resistance. Then, efflux pumps are discussed. The final chapter describes the compounds which are in late stage clinical development, illustrating the paucity of the antibiotic pipeline, especially for Gram-negative bacteria.