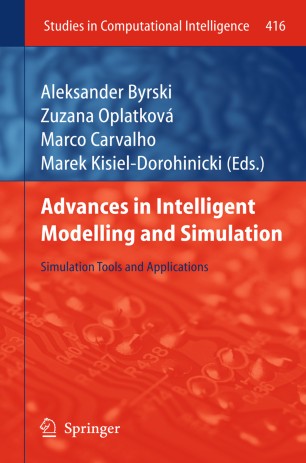 Advances in Intelligent Modelling and Simulation

The human capacity to abstract complex systems and phenomena into simplified models has played a critical role in the rapid evolution of our modern industrial processes and scientific research. As a science and an art, Modelling and Simulation have been one of the core enablers of this remarkable human trace, and have become a topic of great importance for researchers and practitioners.

This book was created to compile some of the most recent concepts, advances, challenges and ideas associated with Intelligent Modelling and Simulation frameworks, tools and applications. The first chapter discusses the important aspects of a human interaction and the correct interpretation of results during simulations. The second chapter gets to the heart of the analysis of entrepreneurship by means of agent-based modelling and simulations.

The following three chapters bring together the central theme of simulation frameworks, first describing an agent-based simulation framework, then a simulator for electrical machines, and finally an airborne network emulation environment. The two subsequent chapters discuss power distribution networks from different points of view---anticipation and optimization of multi-echelon inventory policy.

After that, the book includes also a group of chapters discussing the mathematical modelling supported by verification simulations, and a set of chapters with models synthesised by means of artificial intelligence tools and complex automata framework. Lastly, the book includes a chapter introducing the use of graph-grammar model for generation of three dimensional computational meshes and a chapter focused on the experimental and computational results regarding simulation of aero engine vortexes. Authors believe, that this book is a valuable reference to researchers and practitioners in the field, as well as an inspiration to those interested in the area of Intelligent Modelling and Simulation