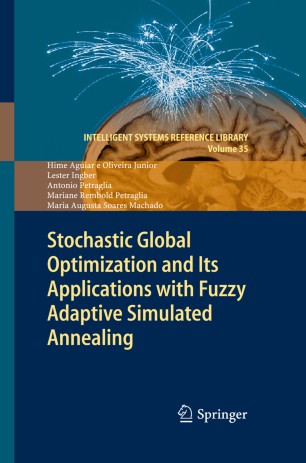 Stochastic global optimization is a very important subject, that has applications in virtually all areas of science and technology. Therefore there is nothing more opportune than writing a book about a successful and mature algorithm that turned out to be a good tool in solving difficult problems. Here we present some techniques for solving  several problems by means of Fuzzy Adaptive Simulated Annealing (Fuzzy ASA), a fuzzy-controlled version of ASA, and by ASA itself. ASA is a sophisticated global optimization algorithm that is based upon ideas of the simulated annealing paradigm, coded in the C programming language and developed to statistically find the best global fit of a nonlinear constrained, non-convex cost function over a multi-dimensional space. By presenting detailed examples of its application we want to stimulate the reader’s intuition and make the use of Fuzzy ASA (or regular ASA) easier for everyone wishing to use these tools to solve problems. We kept formal mathematical requirements to a minimum and focused on continuous problems, although ASA is able to handle discrete optimization tasks as well. This book can be used by researchers and practitioners in engineering and industry, in courses on optimization for advanced undergraduate and graduate levels, and also for self-study.