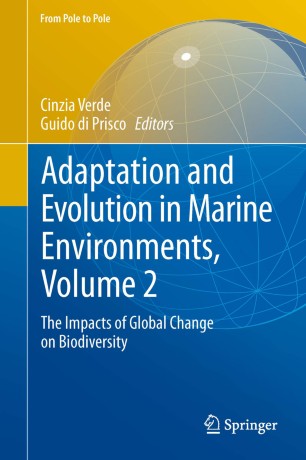 The Impacts of Global Change on Biodiversity

Part of the From Pole to Pole book series (POLE)

The second volume of "Adaptation and Evolution in Marine Environments - The Impacts of Global Change on Biodiversity" from the series "From Pole to Pole" integrates the marine biology contribution of the first tome to the IPY 2007-2009, presenting overviews of organisms (from bacteria and ciliates to higher vertebrates) thriving on polar continental shelves, slopes and deep sea. The speed and extent of warming in the Arctic and in regions of Antarctica (the Peninsula, at the present ) are greater than elsewhere. Changes impact several parameters, in particular the extent of sea ice; organisms, ecosystems and communities that became finely adapted to increasing cold in the course of millions of years are now becoming vulnerable, and biodiversity is threatened. Investigating evolutionary adaptations helps to foresee the impact of changes in temperate areas, highlighting the invaluable contribution of polar marine research to present and future outcomes of the IPY in the Earth system scenario.