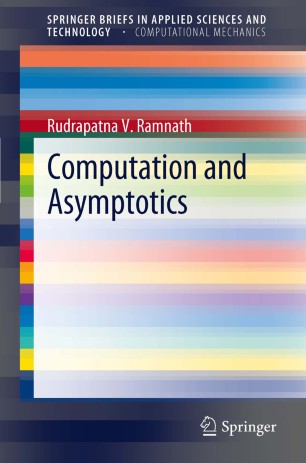 This book addresses the task of computation from the standpoint of asymptotic analysis and multiple scales that may be inherent in the system dynamics being studied. This is in contrast to the usual methods of numerical analysis and computation. The technical literature is replete with numerical methods such as Runge-Kutta approach and its variations, finite element methods, and so on. However, not much attention has been given to asymptotic methods for computation, although such approaches have been widely applied with great success in the analysis of dynamic systems. The presence of different scales in a dynamic phenomenon enable us to make judicious use of them in developing computational approaches which are highly efficient. Many such applications have been developed in such areas as astrodynamics, fluid mechanics and so on. This book presents a novel approach to make use of the different time constants inherent in the system to develop rapid computational methods. First, the fundamental notions of asymptotic analysis are presented with classical examples. Next, the novel systematic and rigorous approaches of system decomposition and reduced order models are presented. Next, the technique of multiple scales is discussed. Finally application to rapid computation of several aerospace systems is discussed, demonstrating the high efficiency of such methods.