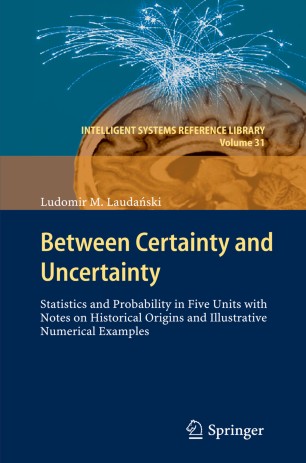 Between Certainty and Uncertainty

„Between Certainty & Uncertainty” is a one-of–a-kind short course on statistics for students, engineers  and researchers.  It is a fascinating introduction to statistics and probability with notes on historical origins and 80 illustrative numerical examples organized in the five units: