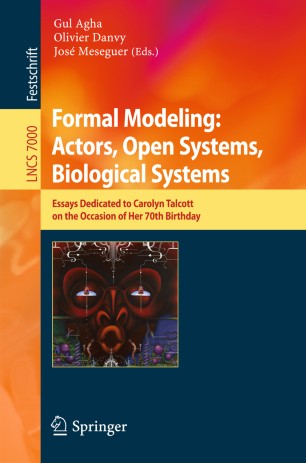 This Festschrift volume, published in honor of Carolyn Talcott on the occasion of her 70th birthday, contains a collection of papers presented at a symposium held in Menlo Park, California, USA, in November 2011.
Carolyn Talcott is a leading researcher and mentor of international renown among computer scientists. She has made key contributions to a number of areas of computer science including: semantics and verification of progamming languages; foundations of actor-based systems; middleware, meta-architectures, and systems; Maude and rewriting logic; and computational biology.
The 21 papers presented are organized in topical sections named: Essays on Carolyn Talcott; actors and programming languages; cyberphysical systems; middleware and meta-architectures; formal methods and reasoning tools; and computational biology.