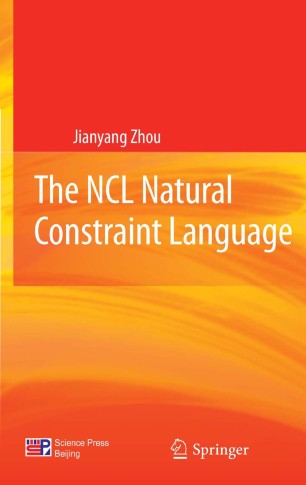 "The NCL Natural Constraint Language" presents the NCL language which is a description language in conventional mathematical logic for modeling and solving constraint satisfaction problems. NCL differs from other declarative languages: It models problems naturally in a simplified form of first-order logic with quantifiers, Boolean logic, numeric constraints, set operations and logical functions; it solves problems by mixed set programming over the mixed domain of real numbers, integers, Booleans, dates/times, references, and in particular sets. The book uses plenty of examples and tutorials to illustrate NCL and its applications. It is intended for researchers and developers in the fields of logic programming, constraint programming, optimization, modeling, operations research and artificial intelligence, who will learn from a new programming language and theoretical foundations for industrial applications.

Dr. Jianyang Zhou is the inventor of NCL and has worked for its industrialization for more than 10 years.