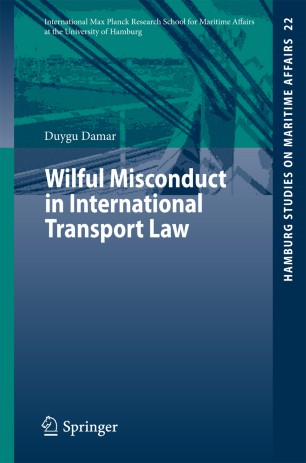 The main rationale of the conventions on international transport law is to limit the liability of the carrier. However, an aspect common to these conventions is that in cases of "wilful misconduct" the carrier is liable without any financial limitation. "Wilful misconduct" denoting a high degree of fault is an established term in English law. The Convention for the Unification of Certain Rules relating to International Carriage by Air (Warsaw Convention) of 1929 was the first international convention on transport law where the term was
employed. A definition of "wilful misconduct", which can be found in later conventions regarding carriage of goods and passengers as well, was implemented in the Hague Protocol of 1955, amending the Warsaw Convention. However, the question as to exactly which degree of fault constitutes "wilful misconduct" has to date remained controversial and unanswered. This work seeks to answer this question. To this end, the historical background of the term, together with its function and role in marine insurance law, case law
and international transport law, are examined from a comparative perspective.