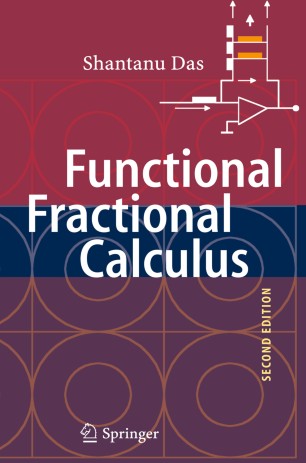 When a new extraordinary and outstanding theory is stated, it has to face criticism and skeptism, because it is beyond the usual concept. The fractional calculus though not new, was not discussed or developed for a long time, particularly for lack of its application to real life problems. It is extraordinary because it does not deal with ‘ordinary’ differential calculus. It is outstanding because it can now be applied to situations where existing theories fail to give satisfactory results. In this book not only mathematical abstractions are discussed in a lucid manner, with physical mathematical and geometrical explanations, but also several practical applications are given particularly for system identification, description and then efficient controls.

In the second edition of this successful book the concepts of fractional and complex order differentiation and integration are elaborated mathematically, physically and geometrically. Various important new examples are presented, such as heterogeneity effects in transport background, the space having traps or islands, irregular distribution of charges, non-ideal spring with mass connected to a pointless-mass ball, material behaving with viscous as well as elastic properties, system relaxation with and without memory, or physics of random delay in computer networks . Special emphasis in this new edition is placed on the practical utility of local fractional differentiation for enhancing the character of singularity at phase transition or characterizing the irregularity measure of response function. Practical results of viscoelastic experiments, fractional order control experiments, design of fractional controller and practical circuit synthesis for fractional order elements are presented in a modern approach as well.