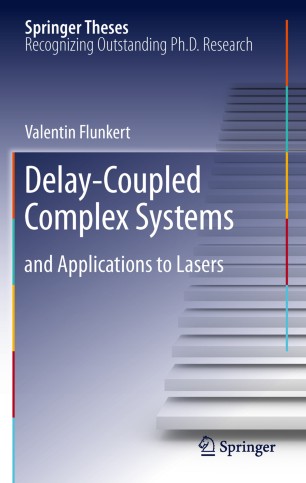 and Applications to Lasers

This thesis deals with the effects of time-delay in complex nonlinear systems and in particular with its applications in complex networks, and relates it to control theory and nonlinear optics. Delays arise naturally in networks of coupled systems due to finite signal propagation speeds and are thus a key issue in many areas of physics, biology, medicine, and technology. Synchronization phenomena in these networks play an important role, e.g., in the context of learning, cognitive and pathological states in the brain, for secure communication with chaotic lasers or gene regulation. The work includes both novel results on the control of complex dynamics by time-delayed feedback and new fundamental insights into the interplay of delay and synchronization. One of the most interesting results here is a solution to the problem of complete synchronization in general networks with large coupling delay, i.e., large distances between the nodes, by giving a universal classification of networks which has a wide range of interdisciplinary applications.