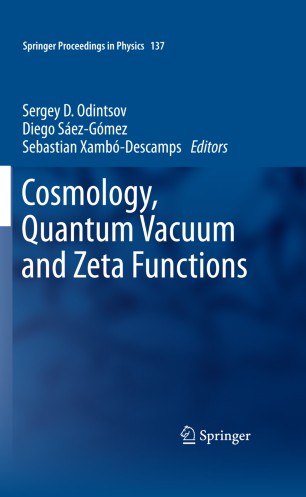 In Honor of Emilio Elizalde

Some major developments of physics in the last three decades are addressed by highly qualified specialists in different specific fields. They include renormalization problems in QFT, vacuum energy fluctuations and the Casimir effect in different configurations, and a wealth of applications. A number of closely related issues are also considered. The cosmological applications of these theories play a crucial role and are at the very heart of the book; in particular, the possibility to explain in a unified way the whole history of the evolution of the Universe: from primordial inflation to the present day accelerated expansion. Further, a description of the mathematical background underlying many of the physical theories considered above is provided. This includes the uses of zeta functions in physics, as in the regularization problems in QFT already mentioned, specifically in curved space-time, and in Casimir problems as.