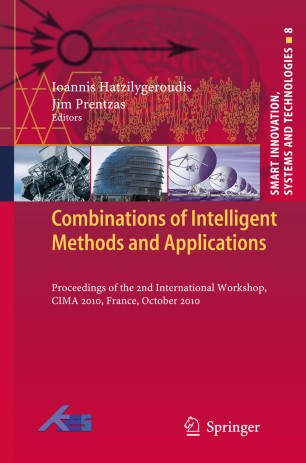 Combinations of Intelligent Methods and Applications

The combination of different intelligent methods is a very active research area in Artificial Intelligence (AI). The aim is to create integrated or hybrid methods that benefit from each of their components. Some of the existing efforts combine soft computing methods either among themselves or with more traditional AI methods such as logic and rules. Another stream of efforts integrates machine learning with soft-computing or traditional AI methods. Yet another integrates agent-based approaches with logic and also non-symbolic approaches. Some of the combinations have been quite important and more extensively used, like neuro-symbolic methods, neuro-fuzzy methods and methods combining rule-based and case-based reasoning. However, there are other combinations that are still under investigation, such as those related to the Semantic Web.

The 2nd Workshop on “Combinations of Intelligent Methods and Applications” (CIMA 2010) was intended to become a forum for exchanging experience and ideas among researchers and practitioners who are dealing with combining intelligent methods either based on first principles or in the context of specific applications. CIMA 2010 was held in conjunction with the 22nd IEEE International Conference on Tools with Artificial Intelligence (ICTAI 2010). Also, a special track was organized in ICTAI 2010, under the same title.