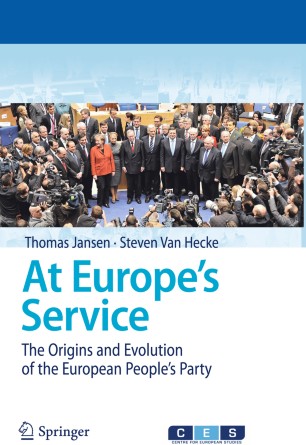 The Origins and Evolution of the European People's Party

This book tells the story of the European People's Party: why it was founded, how it is currently organised and what its guiding ideas, values and principles are. It gives an up-to-date account of the party's contribution to European integration, its work with its member parties and its central role in organising the centre-right in Europe. Above all, this book is for everyone who wants to know what a European-level political party looks like, how it is structured and how it acts.

Steven Van Hecke is a Senior Research Fellow at the Political Science Department of the University of Antwerp and at the KADOC Centre of Religion, Culture and Society of the Katholieke Universiteit Leuven. He teaches comparative and European Union politics. His area of research is European integration and political parties, and he has also published on transnational party federations.