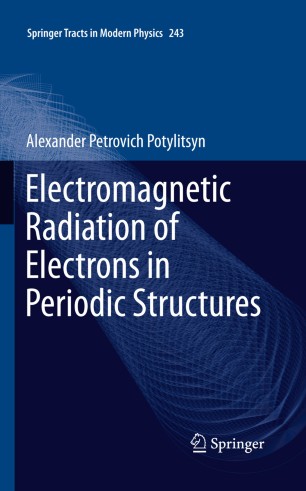 Periodic magnetic structures (undulators) are widely used in accelerators to generate monochromatic undulator radiation (UR) in the range from far infrared to the hard X-ray region. Another periodic crystalline structure is used to produce quasimonochromatic polarized photon beams via the coherent bremsstrahlung mechanism (CBS). Due to such characteristics as monochromaticity, polarization and adjustability, these types of radiation is of large interest for applied and basic research of accelerator-emitted radiation. The book provides a detailed overview of the fundamental principles behind electromagnetic radiation emitted from accelerated charged particles (e.g. UR, CBS, radiation of fast electrons in Laser flash fields) as well as a unified description of relatively new radiation mechanisms which attracted great interest in recent years. This are the so-called polarization radiation excited by the Coulomb field of incident particles in periodic structures, parametric X-rays, resonant transition radiation and the Smith-Purcell effect. Characteristics of such radiation sources and perspectives of their usage are discussed. The recent experimental results as well as their interpretation are presented.