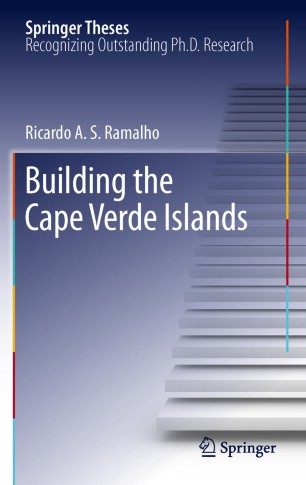 Hotspots are enigmatic surface features that are not easily explained in the framework of plate tectonics. Investigating their origin is the goal of this thesis, using field evidence collected in the Cape Verde Islands, a prominent hotspot archipelago in the eastern Atlantic Ocean. The approach taken is to document uplift of the islands relative to sea level and use the uplift features to test various models of hotspot development. Island uplift is thought to arise from the growth of the anomalously shallow seafloor on which the islands rest, known as the bathymetric swell, which is characteristic of hotspots.

The work comprises a geological summary and detailed mapping of paleo sea level markers on Cape Verde. Isotopic dating of the markers shows that uplift on the islands over the last 6 Myr is up to 400 m, and that the uplift chronology varies among islands. Two processes act to raise the Cape Verde Islands. The dominant process is one that is local to individual islands. The regional, swell-related component is smaller, and possibly episodic. The observations provide strong constraints on swell development and on hotspot models.