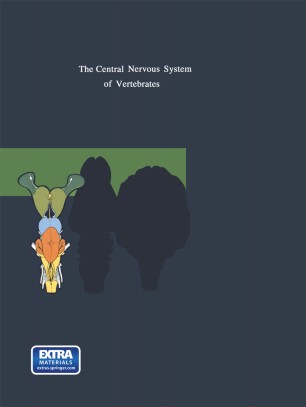 The Central Nervous System of Vertebrates

This book presents a comprehensive account of the structural organisation of all vertebrate groups, ranging from amphioxus and lamprey through fishes, amphibians and birds to mammals. It covers and synthesises one and a half century's research, placing it in the context of the wealth of findings obtained with modern techniques, such as track tracing with different markers, immunohistochemistry and gene mapping. Although the work focusses on structure, functional correlations are provided throughout. The large specialised section of the work, devoted to the central nervous system of the various vertebrate groups, is preceded by introductory chapters dealing with neurons, cell masses, fibre tracts, morphogenesis, histogenesis and techniques. The concepts and methodology of modern comparative neuroscience are systematically treated. A concluding chapter surveys the major fields and "levels" of current comparative neurobiology. An outstanding feature of the work is the presence of numerous especially commissioned detailed and standardized illustrations at both the macroscopic and microscopic level. This work, including five colour posters, and the Human Central Nervous System (R. Nieuwenhuys et al. 1988, 3rd edn., 4th edn. forthcoming), constitute together a unique reference work for the central nervous system of all vertebrates.