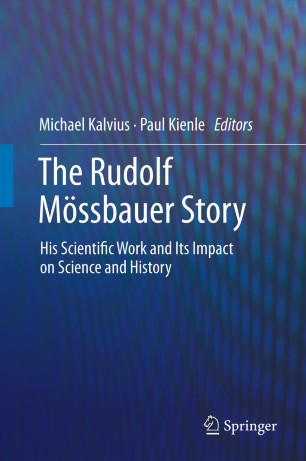 His Scientific Work and Its Impact on Science and History

The “Rudolf Mössbauer Story” recounts the history of the discovery of the “Mössbauer Effect” in 1958 by Rudolf Mössbauer as a graduate student of Heinz Maier-Leibnitz for which he received the Nobel Prize in 1961 when he was 32 years old. The development of numerous applications of the Mössbauer Effect in many fields of sciences , such as physics, chemistry, biology and medicine is reviewed by experts who contributed to this wide spread research. In 1978 Mössbauer focused his research interest on a new field “Neutrino Oscillations” and later on the study of the properties of the neutrinos emitted by the sun.