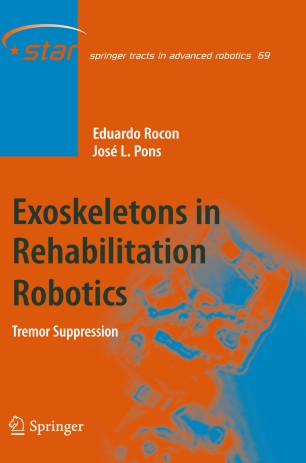 The new technological advances opened widely the application field of robots. Robots are moving from the classical application scenario with structured industrial environments and tedious repetitive tasks to new application environments that require more interaction with the humans. It is in this context that the concept of Wearable Robots (WRs) has emerged. One of the most exciting and challenging aspects in the design of biomechatronics wearable robots is that the human takes a place in the design, this fact imposes several restrictions and requirements in the design of this sort of devices. The key distinctive aspect in wearable robots is their intrinsic dual cognitive and physical interaction with humans. The key role of a robot in a physical human–robot interaction (pHRI) is the generation of supplementary forces to empower and overcome human physical limits. The crucial role of a cognitive human–robot interaction (cHRI) is to make the human aware of the possibilities of the robot while allowing them to maintain control of the robot at all times. This book gives a general overview of the robotics exoskeletons and introduces the reader to this robotic field. Moreover, it describes the development of an upper limb exoskeleton for tremor suppression in order to illustrate the influence of a specific application in the designs decisions.