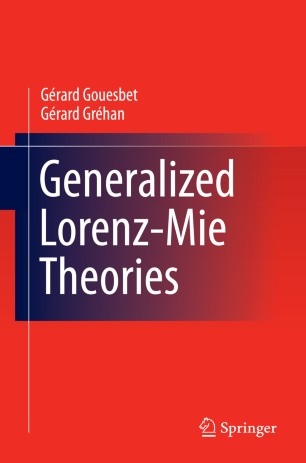 The Lorenz-Mie theory, describing the interaction between a homogeneous sphere and an electromagnetic plane wave, is likely to be one of the most famous theories in light scattering. But, with the advent of lasers and their increasing development in various fields, it has become too old-fashioned to meet most of the modern requisites. The book deals with generalized Lorenz-Mie theories when the illuminating beam is an electromagnetic arbitrary shaped beam, relying on the method of separation of variables. A particular emphasis is stressed on the case of the homogeneous sphere but other regular particles are considered too. An extensive discussion of the methods available to the evaluation of beam shape coefficients describing the illuminating beam is provided, and several methods are discussed. Applications concern many fields such as optical particle sizing and, more generally, optical particle characterization, morphology-dependent resonances, or mechanical effects of light for optical trapping, optical tweezers and optical stretchers. Various computer programs relevant to the contents of the book are furthermore provided.