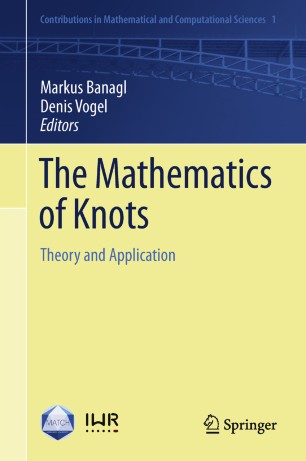 The Mathematics of Knots

Part of the Contributions in Mathematical and Computational Sciences book series (CMCS, volume 1)

The present volume grew out of the Heidelberg Knot Theory Semester, organized by the editors in winter 2008/09 at Heidelberg University. The contributed papers bring the reader up to date on the currently most actively pursued areas of mathematical knot theory and its applications in mathematical physics and cell biology. Both original research and survey articles are presented; numerous illustrations support the text. The book will be of great interest to researchers in topology, geometry, and mathematical physics, graduate students specializing in knot theory, and cell biologists interested in the topology of DNA strands.