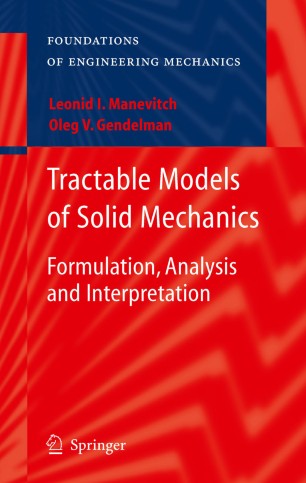 This book describes significant tractable models used in solid mechanics - classical models used in modern mechanics as well as new ones. The models are selected to illustrate the main ideas which allow scientists to describe complicated effects in a simple manner and to clarify basic notations of solid mechanics. A model is considered to be tractable if it is based on clear physical assumptions which allow the selection of significant effects and relatively simple mathematical formulations.

The first part of the book briefly reviews classical tractable models for a simple description of complex effects developed from the 18th to the 20th century and widely used in modern mechanics. The second part describes systematically the new tractable models used today for the treatment of increasingly complex mechanical objects – from systems with two degrees of freedom to three-dimensional continuous objects.