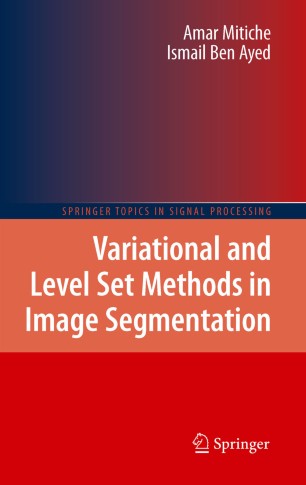 Image segmentation consists of dividing an image domain into disjoint regions according to a characterization of the image within or in-between the regions. Therefore, segmenting an image is to divide its domain into relevant components. The efficient solution of the key problems in image segmentation promises to enable a rich array of useful applications. The current major application areas include robotics, medical image analysis, remote sensing, scene understanding, and image database retrieval. The subject of this book is image segmentation by variational methods with a focus on formulations which use closed regular plane curves to define the segmentation regions and on a level set implementation of the corresponding active curve evolution algorithms. Each method is developed from an objective functional which embeds constraints on both the image domain partition of the segmentation and the image data within or in-between the partition regions. The necessary conditions to optimize the objective functional are then derived and solved numerically. The book covers, within the active curve and level set formalism, the basic two-region segmentation methods, multiregion extensions, region merging, image modeling, and motion based segmentation. To treat various important classes of images, modeling investigates several parametric distributions such as the Gaussian, Gamma, Weibull, and Wishart. It also investigates non-parametric models. In motion segmentation, both optical flow and the movement of real three-dimensional objects are studied.