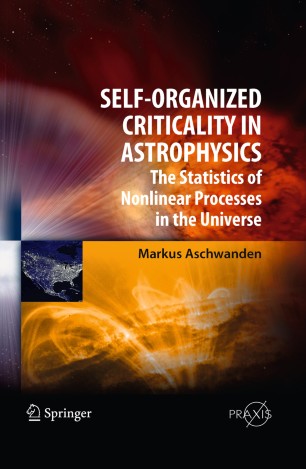 The Statistics of Nonlinear Processes in the Universe

The concept of ‘self-organized criticality’ (SOC) has been applied to a variety of problems, ranging from population growth and traffic jams to earthquakes, landslides and forest fires. The technique is now being applied to a wide range of phenomena in astrophysics, such as planetary magnetospheres, solar flares, cataclysmic variable stars, accretion disks, black holes and gamma-ray bursts, and also to phenomena in galactic physics and cosmology. Self-organized Criticality in Astrophysics introduces the concept of SOC and shows that, due to its universality and ubiquity, it is a law of nature. The theoretical framework and specific physical models are described, together with a range of applications in various aspects of astrophyics. The mathematical techniques, including the statistics of random processes, time series analysis, time scale and waiting time distributions, are presented and the results are applied to specific observations of astrophysical phenomena.