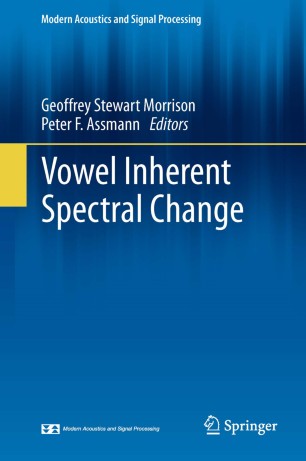 It has been traditional in phonetic research to characterize monophthongs using a set of static formant frequencies, i.e., formant frequencies taken from a single time-point in the vowel or averaged over the time-course of the vowel. However, over the last twenty years a growing body of research has demonstrated that, at least for a number of dialects of North American English, vowels which are traditionally described as monophthongs often have substantial spectral change. Vowel Inherent Spectral Change has been observed in speakers’ productions, and has also been found to have a substantial effect on listeners’ perception. In terms of acoustics, the traditional categorical distinction between monophthongs and diphthongs can be replaced by a gradient description of dynamic spectral patterns. This book includes chapters addressing various aspects of vowel inherent spectral change (VISC), including theoretical and experimental studies of the perceptually relevant aspects of VISC, the relationship between articulation (vocal-tract trajectories) and VISC, historical changes related to VISC, cross-dialect, cross-language, and cross-age-group comparisons of VISC, the effects of VISC on second-language speech learning, and the use of VISC in forensic voice comparison.