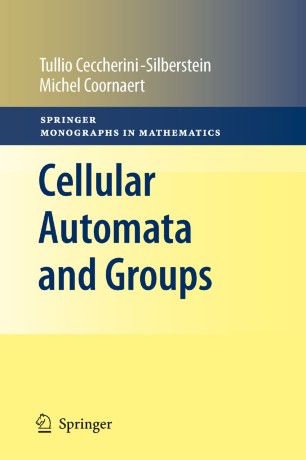 Cellular automata were introduced in the first half of the last century by John von Neumann who used them as theoretical models for self-reproducing machines. The authors present a self-contained exposition of the theory of cellular automata on groups and explore its deep connections with recent developments in geometric group theory, symbolic dynamics, and other branches of mathematics and theoretical computer science. The topics treated include in particular the Garden of Eden theorem for amenable groups, and the Gromov-Weiss surjunctivity theorem as well as the solution of the Kaplansky conjecture on the stable finiteness of group rings for sofic groups. The volume is entirely self-contained, with 10 appendices and more than 300 exercises, and appeals to a large audience including specialists as well as newcomers in the field. It provides a comprehensive account of recent progress in the theory of cellular automata based on the interplay between amenability, geometric and combinatorial group theory, symbolic dynamics and the algebraic theory of group rings which are treated here for the first time in book form.