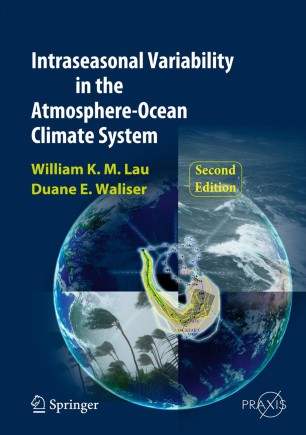 This updated multi-author, comprehensive and authoritative review of intra-seasonal variability (ISV), has a balance of observation, theory and modeling and provides a single source of reference for all those interested in this important, multi-faceted natural phenomenon and its relation to major short-term climatic variations.

All the original chapters are updated, where appropriate. The book opens with an overview of ISV and observations from an historical perspective. Successive chapters then deal with the role of ISV in monsoon variability in the South Asian, East Asian and South American monsoon regions, in North America and in the oceans. The coupling between ocean and atmosphere is considered, together with the function of angular momentum and Earth rotation. Later chapters deal with modeling ISV in the atmosphere and oceans, and the connection between the Madden and Julian Oscillation (MJO). Specifically updated in this second edition is the chapter on modeling with recent development in global high-resolution modeling of the fine structures of the MJO. The El Nino/Southern Oscillation with short-term climate change is also considered. The authors consider how knowledge of ISV may be harnessed into improving long range forecasts of severe weather, and a new chapter on substantial new development of ISV research is added. This includes five subject areas: a) new theories of the MJO; b) vertical structures of the MJO, including latent heating profile derived from satellite data; c) extratropical-tropical interaction associated with MJO; d) linkage of ISV to transport of biogeochemical species; and e) possible impact of ISV on West Africa and Middle East region.