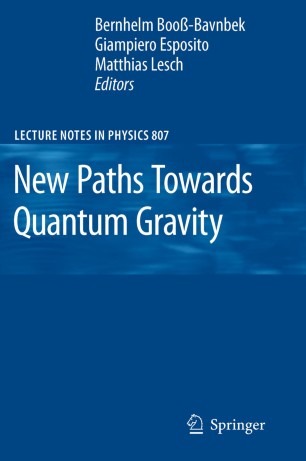 Aside from the obvious statement that it should be a theory capable of unifying general relativity and quantum field theory, not much is known about the true nature of quantum gravity.

New ideas - and there are many of them for this is an exciting field of research - often diverge to a degree where it seems impossible to decide in which of the many possible direction(s) the ongoing developments should be further sustained.

The division of the book in two (overlapping) parts reflects the duality between the physical vision and the mathematical construction. The former is represented by tutorial reviews on non-commutative geometry, on space-time discretization and renormalization and on gauge field path integrals.  The latter one by lectures on cohomology, on stochastic geometry and on mathematical tools for the effective action in quantum gravity.

The book will benefit everyone working or entering the field of quantum gravity research.