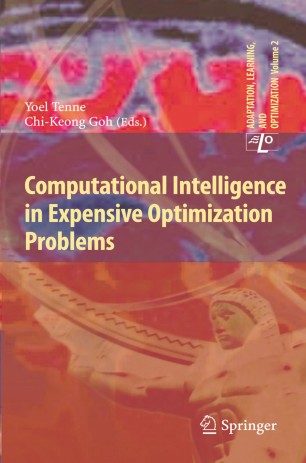 In modern science and engineering, laboratory experiments are replaced by high fidelity and computationally expensive simulations. Using such simulations reduces costs and shortens development times but introduces new challenges to design optimization process. Examples of such challenges include limited computational resource for simulation runs, complicated response surface of the simulation inputs-outputs, and etc.

Under such difficulties, classical optimization and analysis methods may perform poorly. This motivates the application of computational intelligence methods such as evolutionary algorithms, neural networks and fuzzy logic, which often perform well in such settings. This is the first book to introduce the emerging field of computational intelligence in expensive optimization problems. Topics covered include:

The edited book provides both theoretical treatments and real-world insights gained by experience, all contributed by leading researchers in the respective fields. As such, it is a comprehensive reference for researchers, practitioners, and advanced-level students interested in both the theory and practice of using computational intelligence for expensive optimization problems.