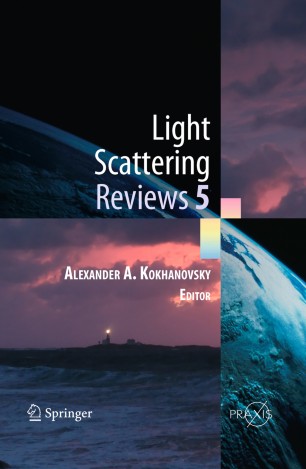 The 5th volume of LIGHT SCATTERING REVIEWS is devoted to modern knowledge and milestones in both experimental and theoretical techniques related to radiative transfer and optics of such highly reflective objects as snow and ice. Twelve leading world experts in their respective fields provide important contributions to this fascinating subject.

The first chapter has three parts: In the first, the main optical properties of large particles such ice crystals in snow and clouds are presented. The second part gives recent results in the understanding of light polarization and brightness near opposition, which is important for the observation of atmosphereless solar-system objects. The chapter ends with a summary of previous studies based on both approximate and rigorous methods of numerical light scattering simulations for fractal aggregates, such as soot particles.

Summing up, this book will be a valuable addition to the library of any scientist dealing with light scattering and radiative transfer problems.