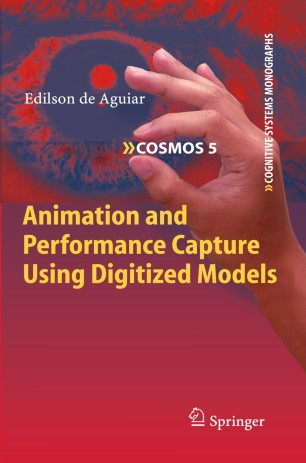 The realistic generation of virtual doubles of real-world actors has been the focus of computer graphics research for many years. However, some problems still remain unsolved: it is still time-consuming to generate character animations using the traditional skeleton-based pipeline, passive performance capture of human actors wearing arbitrary everyday apparel is still challenging, and until now, there is only a limited amount of techniques for processing and modifying mesh animations, in contrast to the huge amount of skeleton-based techniques. In this work, we propose algorithmic solutions to each of these problems. First, two efficient mesh-based alternatives to simplify the overall character animation process are proposed. Although abandoning the concept of a kinematic skeleton, both techniques can be directly integrated in the traditional pipeline, generating animations with realistic body deformations. Thereafter, three passive performance capture methods are presented which employ a deformable model as underlying scene representation. The techniques are able to jointly reconstruct spatio-temporally coherent time-varying geometry, motion, and textural surface appearance of subjects wearing loose and everyday apparel. Moreover, the acquired high-quality reconstructions enable us to render realistic 3D Videos. At the end, two novel algorithms for processing mesh animations are described. The first one enables the fully-automatic conversion of a mesh animation into a skeletonbased animation and the second one automatically converts a mesh animation into an animation collage, a new artistic style for rendering animations. The methods described in this book can be regarded as solutions to specific problems or important building blocks for a larger application. As a whole, they form a powerful system to accurately capture, manipulate and realistically render real-world human performances, exceeding the capabilities of many related capture techniques. By this means, we are able to correctly capture the motion, the time-varying details and the texture information of a real human performing, and transform it into a fully-rigged character animation, that can be directly used by an animator, or use it to realistically display the actor from arbitrary viewpoints.