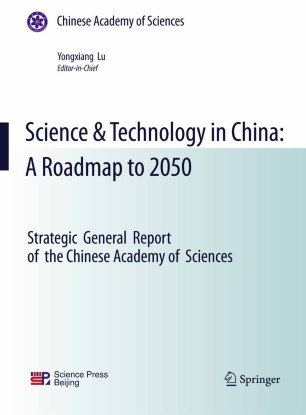 Science & Technology in China: A Roadmap to 2050

Strategic General Report of the Chinese Academy of Sciences

China’s modernization is viewed as a transformative revolution in the human history of modernization. As such, the Chinese Academy of Sciences (CAS) decided to give higher priority to the research on the science and technology (S&T) roadmap for priority areas in China’s modernization process. What is the purpose? And why is it? Is it a must? I think those are substantial and signifcant questions to start things forward. Significance of the Research on China’s S&T Roadmap to 2050 We are aware that the National Mid- and Long-term S&T Plan to 2020 has already been formed afer two years’ hard work by a panel of over 2000 experts and scholars brought together from all over China, chaired by Premier Wen Jiabao. Tis clearly shows that China has already had its S&T blueprint to 2020. Ten, why did CAS conduct this research on China’s S&T roadmap to 2050? In the summer of 2007 when CAS was working out its future strategic priorities for S&T development, it realized that some issues, such as energy, must be addressed with a long-term view. As a matter of fact, some strategic researches have been conducted, over the last 15 years, on energy, but mainly on how to best use of coal, how to best exploit both domestic and international oil and gas resources, and how to develop nuclear energy in a discreet way. Renewable energy was, of course, included but only as a supplementary energy.