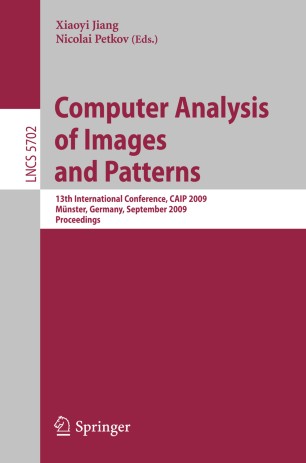 CAIP: International Conference on Computer Analysis of Images and Patterns

Computer Analysis of Images and Patterns

It was an honor and a pleasure to organizethe 13th International Conference on Computer Analysis of Images and Patterns (CAIP 2009) in Mu ¨nster, Germany. CAIP has been held biennially since 1985: Berlin (1985), Wismar (1987), Leipzig (1989), Dresden (1991), Budapest (1993), Prague (1995), Kiel (1997), Ljubljana (1999), Warsaw (2001), Groningen (2003), Paris (2005), and Vienna (2007). Initially, this conference series served as a forum for getting together s- entistsfromEastandWestEurope.Nowadays,CAIPenjoysahighinternational visibility and attracts participants from all over the world. For CAIP 2009 we received a record number of 405 submissions. All papers were reviewed by two, and in most cases, three reviewers. Finally, 148 papers were selected for presentation at the conference, resulting in an acceptance rate of 36%. All Program Committee members and additional reviewers listed here deserve a great thanks for their timely and competent reviews. The accepted papers were presented either as oral presentations or posters in a single-track program.In addition, wewereveryhappyto haveAljoscha Smolicand David G. Storkasourinvitedspeakerstopresenttheirworkintwofascinatingareas.With this scienti?c program we hope to continue the tradition of CAIP in providing a forum for scienti?c exchange at a high quality level. A successful conference like CAIP 2009 would not be possible without the support of many institutions and people. First of all, we like to thank all the authors of submitted papers and the invited speakers for their contributions. The Steering Committee members were always there when advice was needed.