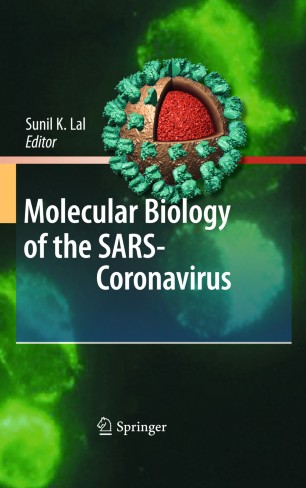 Molecular Biology of the SARS-Coronavirus

SARS was the ?rst new plague of the twenty-?rst century. Within months, it spread worldwide from its “birthplace” in Guangdong Province, China, affecting over 8,000 people in 25 countries and territories across ?ve continents. SARS exposed the vulnerability of our modern globalised world to the spread of a new emerging infection. SARS (or a similar new emerging disease) could neither have spread so rapidly nor had such a great global impact even 50 years ago, and arguably, it was itself a product of our global inter-connectedness. Increasing af?uence and a demand for wild-game as exotic food led to the development of large trade of live animal and game animal markets where many species of wild and domestic animals were co-housed, providing the ideal opportunities for inter-species tra- mission of viruses and other microbes. Once such a virus jumped species and attacked humans, the increased human mobility allowed the virus the opportunity for rapid spread. An infected patient from Guangdong who stayed for one day at a hotel in Hong Kong led to the transmission of the disease to 16 other guests who travelled on to seed outbreaks of the disease in Toronto, Singapore, and Vietnam, as well as within Hong Kong itself. The virus exploited the practices used in modern intensive care of patients with severe respiratory disease and the weakness in infection control practices within our health care systems to cause outbreaks within hospitals, further amplifying the spread of the disease. Health-care itself has become a two-edged sword.