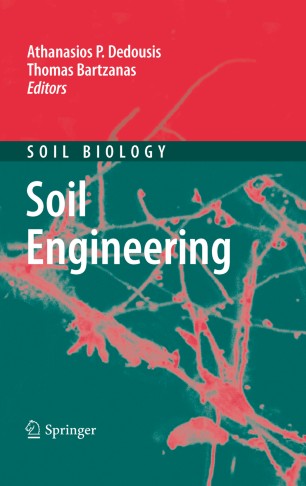 The agricultural world has changed significantly during the last years. The excessive use of heavy machinery, waste disposal, the use of agrochemicals and new soil cultivation means led to severe problems, which agricultural engineers have to cope with in order to prevent soil from permanent irreversible damage.

This Soil Biology volume will update readers on several cutting-edge aspects of sustainable soil engineering including topics such as: soil compaction, soil density increases, soil disturbance and soil fragmentation; soil tillage machineries and optimization of tillage tools; soil traffic and traction, effects of heavy agricultural machines, the use of robotics in agriculture and controlled traffic farming; mechanical weed control, the characterization of soil variability and the recycling of compost and biosolids in agricultural soils.