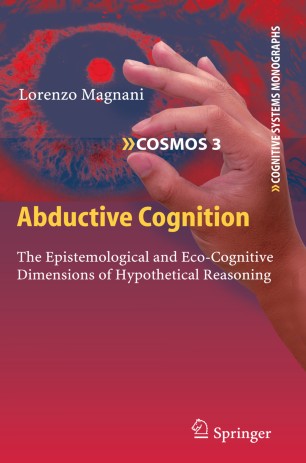 The Epistemological and Eco-Cognitive Dimensions of Hypothetical Reasoning

This volume explores abductive cognition, an important but, at least until the third quarter of the last century, neglected topic in cognition. The book aims at increasing knowledge about creative and expert inferences. The study of these high-levelmethods of abductive reasoning is situated at the crossroads of philosophy, logic, epistemology, artificial intelligence, neuroscience, cognitive psychology, animal cognition and evolutionary theories; that is, at the heart of cognitive science. Philosophers of science in the twentieth century have traditionally distinguished between the inferential processes active in the logic of discovery and the ones active in the logic of justification. Most have concluded that no logic of creative processes exists and, moreover, that a rational model of discovery is impossible. In short, scientific creative inferences are irrational and there is no “reasoning” to hypotheses. On the other hand, some research in the area of artificial intelligence has shown that methods for discovery could be found that are computationally adequate for rediscovering – or discovering for the first time – empirical or theoretical laws and theorems.