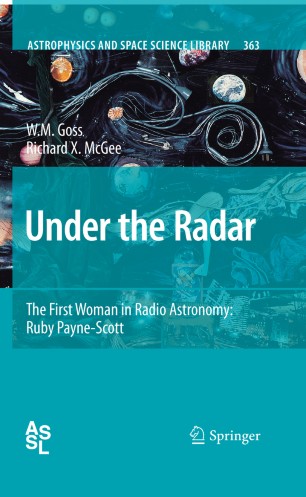 This is the biography of Ruby Payne-Scott (1912 to 1981). As the first female radio astronomer (and one of the first people in the world to consider radio astronomy), she made classic contributions to solar radio physics.
She also played a major role in the design of the Australian government's Council for Scientific and Industrial Research radars, which were in turn of vital importance in the Southwest Pacific Theatre in World War II and were used by Australian, US and New Zealand personnel. From a sociological perspective, her career also offers many examples of the perils of being a female academic in the first half of the 20th century.
Written in an engaging style and complemented by many historical photographs this book gives a fascinating insight into the beginning of radio astronomy and the role of a pioneering woman in astronomy.