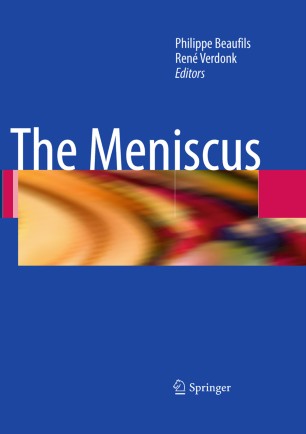 This clinical guide provides a special focus on the normal meniscal mechanism, body and function. Meniscal pathology and therapy are depicted in detail, followed by the presentation of long-term experience of meniscal transplantation and a look into the future of meniscal surgery.

During the last few decades, as the management of meniscal trauma has evolved, and knowledge gained on meniscal function, the orthopaedic surgeon has attempted to preserve the meniscus whenever possible. Arthroscopic meniscal repair has become the treatment of choice when the tear is located in the peripheral rim. Partial meniscectomy has become limited to such an extent that the deleterious effect of total meniscectomy is avoided. Meniscal allograft replacement, which has been available for the last two decades, is used when the patient is confronted with a painful total meniscectomy. Future research and experiments may suggest that partial meniscal replacement might be indicated in the presence of a painful knee compartment after failed meniscal repair or partial meniscectomy.