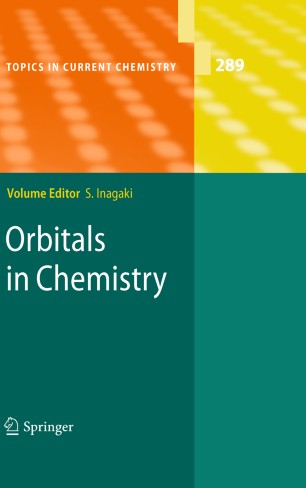 Molecular properties and reactions are controlled by electrons in the molecules. Electrons had been thought to be particles. Quantum mechanics showed that el- trons have properties not only as particles but also as waves. A chemical theory is required to think about the wave properties of electrons in molecules. These prop- ties are well represented by orbitals, which contain the amplitude and phase ch- acteristics of waves. This volume is a result of our attempt to establish a theory of chemistry in terms of orbitals — A Chemical Orbital Theory. The amplitude of orbitals represents a spatial extension of orbitals. An orbital strongly interacts with others at the position and in the direction of great extension. Orbital amplitude controls the reactivities and selectivities of chemical reactions. In the first paper on frontier orbital theory by Fukui the amplitude appeared in the form of its square, i.e., the density of frontier electrons in 1952 (Scheme 1). Orbital mixing rules were developed by Libit and Hoffmann and by Inagaki and Fukui in 1974 and Hirano and Imamura in 1975 to predict magnitudes of orbital amplitudes (Scheme 2) for understanding and designing stereoselective reactions.