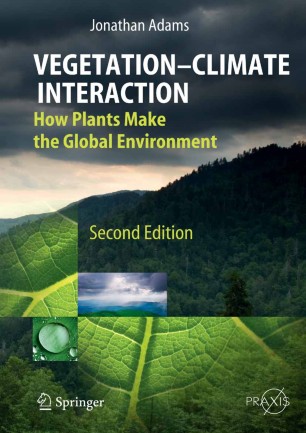 How Plants Make the Global Environment

Jonathan Adams provides a readable, accessible account of the way in which the world’s plant life partly controls its own environment. Starting from the broad patterns in vegetation which have classically been seen as a passive response to climate, the book builds up from the local scale - microclimates produced by plants - to the regional and global scale. The influence of plants (both on land and in the ocean) in making clouds, haze and rain is also considered, along with plant effects on the composition of greenhouse gases in the Earth’s atmosphere. Broad global feedbacks that either stabilize or destabilize the Earth’s environment are explored in the context of environmental change both in the recent geological past and in the near future. Common contentions and misconceptions about the role of vegetation or forest removal in the spread of deserts are also considered.

Since the first edition of this book was published, many new papers in this rapidly advancing field have been published. This new, updated Second Edition incorporates information from these and also significant works not included in the first edition. New diagrams and photographs are also included.