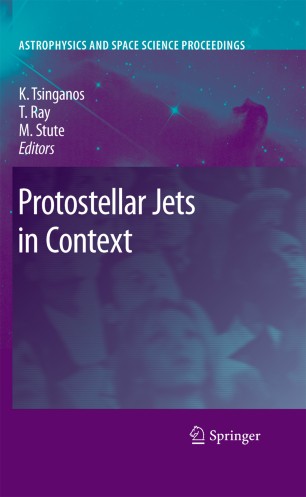 This volume contains the proceedings of the Conference Protostellar Jets in Context held by the JETSET Marie Curie Research Training Network in July 2008. This meeting not only served to showcase some of the network's achievements but was also a platform to hear from, discuss and debate the recent findings of world-class astrophysicists in the field of protostellar jet research.

Jets from young stars are of course not an isolated astrophysical phenomenon. It is known that objects as diverse as young brown dwarfs, planetary nebulae, symbiotic stars, micro-quasars, AGN, and gamma-ray bursters produce jets. Thus in a series of talks, protostellar jets were put in context by comparing them with their often much larger brethren and also by considering the ubiquitous accretion disks that seem to be necessary for their formation.

With this spectrum of contributions on observations and the theory of astrophysical jets and accretion disks, this book serves as a comprehensive reference work for researchers and students alike.